While I was pregnant with Kyra, I was a student at the University of Utah. I tried to take as many credits as I possibly could, knowing that it would be much more difficult to take classes after the baby came. Spring Quarter ended June 26, so I was hoping that this baby (due July 8), would not decide to come during finals week. With finals over, my next worry was getting into our new apartment before the baby came. We had been living in a small, one bedroom apartment that would be too cramped for three, so we had planned to move at the end of June. Unfortunately, our move was moved back to July 8, and it looked like we might not make it. I spent the last weeks of my pregnancy using my “nesting instinct” to pack for the move. Unlike most women in the ninth month of pregnancy, I was hoping the baby would stay IN longer. Well, at about 1:15 am on July 7th, I awoke feeling as though I’d wet my pants. Embarrased, I changed clothes and went back to bed. Fifteen minutes later, the same thing happened again. Somewhat smarter this time (but still not realizing my water had broken) I changed, adding a pad to absorb the fluid and went back to bed. The third time it happened, I realized the “leaks” were accompanied by contractions. Labor had begun!

Knowing Darrin needed some sleep (he’d come to bed just as I’d woken up the first time), I left him in bed and spent a few hours lying on the couch watching CNN Headline News over and over and over. Contractions weren’t difficult to handle, and I dozed as much as I could in my excited state. I even tried packing a few things for the move, but didn’t have the energy. I woke up Darrin at around 5 am to tell him what was happening, as I couldn’t keep it in any longer, but told him to go back to sleep. Fat chance! He was too excited and so watched TV with me for a while. Around 5:30, we decided to get ready to go to the hospital. While I was in the shower, the contractions came fast and furious, as little as two minutes apart, and strong! So we hurried to the hospital, and were bewildered that they had remodeled since we took the tour and we couldn’t figure out how to get in. We finally managed, and were admitted.

I labored for hours in the hospital bed, while hooked up to the monitors and IV. It was much, much harder to labor lying on my back. I had never been told that I could move around or that continuous monitoring and IVs were not mandatory. I was having a difficult time relaxing, and all Darrin could think of to tell me was “relax!” over and over. When the nurse came and asked me if I was ready for “my” epidural, I snatched at the chance, though it wasn’t what I’d wanted. Didn’t help that she had told me that she “had been at this for a long time, and I can tell when a woman has what it takes, and honey, you don’t have it!”

After that, labor was easy! So easy, in fact, that I wasn’t even part of it. Darrin & I did a crossword puzzle, watched some TV, and called family to let them know what was going on. When they told me I had to start pushing, it was like being expected to dance the waltz when I didn’t even know the steps. I had no urge, and there was no feedback from my body. I simply couldn’t tell if what I was doing was working or not, and it seemed pointless.

At 10:56 am, Kyra was born, and I was very glad to have my beautiful, healthy little girl. Immediately after her birth, she was taken to be cleaned off and weighed, measured, etc. I was left on the bed asking over and over “Is it a boy or girl?” No one had bothered to tell me!

I was able to hold her and nurse her for a while before Darrin took her for her bath. Meanwhile, I devoured the lunch they’d brought me, since I was starving from not being allowed to eat since the day before. I even ate the parsley garnish!

We had a horrendous time getting nursing established, and I really feel that it was sheer stubborness on my part that got us through some serious difficulties. I only wish I’d known there was such a thing as lactation consultants and La Leche League where I could get help! I also had back pain at the site of the epidural and was stiff and sore from having my legs stretched unnaturally during pushing while I couldn’t feel them. Plus I’d had an episiotomy (ouch!)

Darrin decided to try and make the move while I was still in the hospital, so he arranged for a moving crew of family and friends to do the job that afternoon. So the next day I went “home” from the hospital to a new apartment full of boxes. (I do not recommend this!) It was a very difficult transition for me, as I was in a new place, where I knew no one, with a small baby I wasn’t quite sure how to care for. I had no car, and going from full-time student and part time employee to a stay-at-home mom with a baby who slept much of the day was quite a shock, and contributed to the postpartum depression I went through.

We eventually settled into a routine that worked for me, but it was not easy. That little baby is now a very bright, intelligent woman with a college degree, an art business, and a full time job. Time has flown! 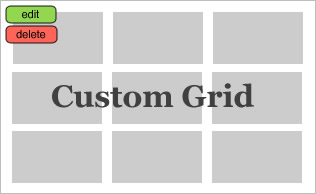